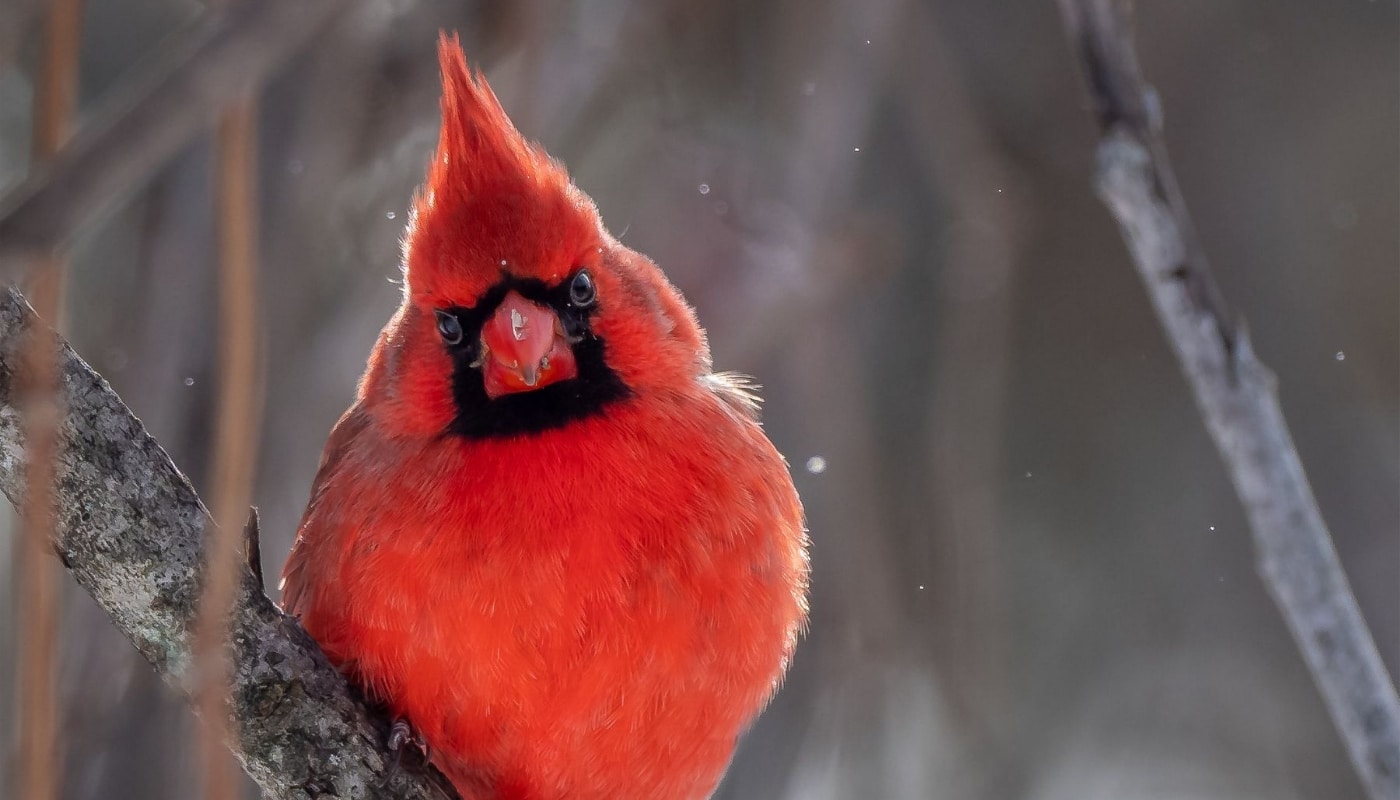 Important Reasons And Ways To Save The Birds

Fall and winter in the northeastern United States bring cooler temperatures, a dormancy period for many plants, and bird migration sightings. When we look at the soaring birds making their way to another climate, it is a good time to reflect on their importance in our world, and their far-reaching role in keeping the balance of nature.

The North American Bird Conservation Initiative (NABCI) releases reports every few years on the health of bird populations on the continent. In the most recent report from October 2022 looking at birds in the United States, the report noted that more than half of all U.S. bird species are dwindling. The authors of the report included a call to decision-makers to save birds to boost resilience in other ecosystems and build healthier environments for all living creatures.

Why Birds Are Important To Our Environment

Birds are crucial to our environment in that they:
-Serve as pollinators and seed dispersers, an essential step in the continuation of our ecosystem.
-Feed on insects, rodents, and other small animals which reduces the amount of toxic pesticides needed to control these groups, and decreases the damage they do to crops and plants. You can call them friendly exterminators.
-Clean the environment as scavenging birds eat the flesh of deceased animals. This removes the toxins and bacteria found in the meat and helps prevent the spread of disease.
-Help us identify environmental changes. When shifts or declines in bird populations are noted it is an indicator that an issue needs to be addressed in that area.

When birds are lost these essential activities are also lost.

Why Are Bird Populations Declining?

Habitat loss is the primary reason for declining bird populations as humans continue to transform the natural landscape. From grasslands being converted into agricultural endeavors to high-demand shorelines transformed for residential living, natural habitats are being stripped away. Other human-related actions such as climate change and introduced species are also negatively impacting bird populations.

Ways To Reverse The Declining Numbers

Avoid using pesticides
Things that are so common are not necessarily a good thing and pesticides have detrimental impacts. Even if deemed safe for humans pesticides are harmful to wildlife and when that happens they are actually no longer safe for humans. The affected wildlife poses a danger to humans since it sabotages the creatures that are vital to farmers and the agricultural industry.

Keep your cat indoors
Domestic cats are non-native to the outdoors and in this setting are an invasive species, threatening birds and wildlife, as well as spreading disease and disrupting ecosystems. In the U.S. domestic cats kill 2.4 billion birds each year, and the International Union for Conservation of Nature (IUCN) reports them as one of the world’s worst non-native invasive species. An additional reason to keep your cat indoors is that outdoor cats are much more susceptible to injuries, parasites, and disease than those that are kept indoors.

Use plants native to your region
When considering landscaping at your home or business building aim to use native plants as:
Native plants provide food sources for native birds, insects, and other animals.
They provide habitats and shelters to many species.
The plants improve air quality and can help prevent water run-off.
Native plants require less watering, fertilizer, and pesticides – less cost and maintenance!

Install Feather Friendly Bird Strike Film
Up to one billion birds die from glass collisions annually just in the United States according to the American Bird Conservancy. Birds do not see and interpret the world as we do and collide with glass when they are attempting to fly to the mirrored image they see of the sky or vegetation. These collisions occur at any time of year and not just during migration times.

Feather Friendly Bird Strike film reduces the visual images that birds see and prevents injurious and deadly collisions. The film works because it contains a scientifically proven pattern of distraction markers that makes the glass visible to birds. While the markers are a distraction to the birds they are unobtrusive when viewed by humans, providing clear viewing for those inside the building. The film is applied to the outside of the glass, is easy to clean and maintain, and retains the architectural features of the home or building. 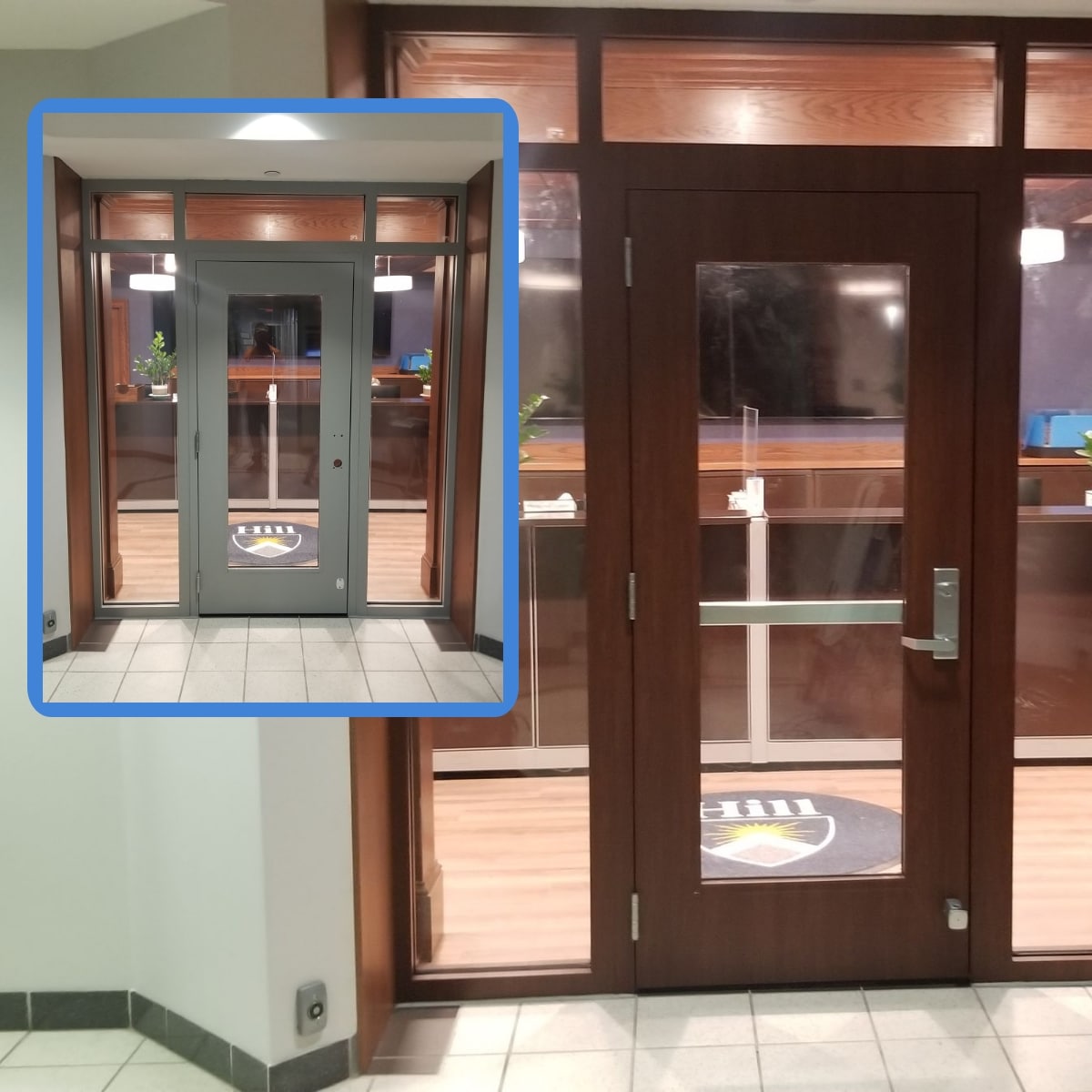